Not to take anything away from Josh Hamilton...

Josh Hamilton had a historic night. He not only hit four homers in a game, something that had only happened fifteen other times in baseball history, but he also hit a double which combined to break the all-time American League total bases record for a game. That is very cool. We saw history. You cannot say that every day. And of course, your happiness level for Hamilton depends on how you view him and his story. Some love his overcoming addiction story and others think he's a jerk who has had too many chances. But again, his game was one for the record books. But to take nothing away from Hamilton's game heroics, there is another side of the story: The pitchers who threw the pitches. Frankly, they deserved what they got.

To show that side of the story, here are five pictorial views of what Hamilton hit. Yes, credit the guy with hitting them. He didn't miss these pitches or foul them off. But it's not like they were well thrown. Here they are in sequence:

The first homer off of Jake Arrieta: 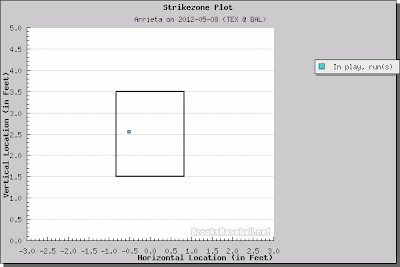 Middle of the strike zone where Hamilton could get his arms extended. Meat.

The second homer off of Jake Arrieta: 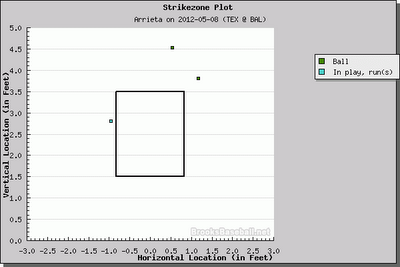 Better. But still belt high where Hamilton could extend his arms. Hamilton hit it to the opposite field.

The double off of Jake Arrieta: 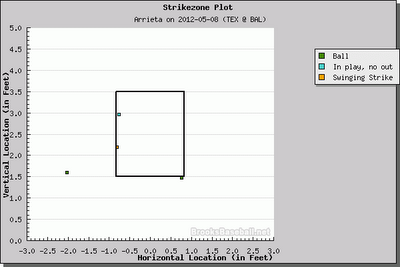 Again, out where Hamilton could extend his arms. You would think after the first two, Arrieta would have gone somewhere else.

The homer (number 3) off of Zach Phillips: 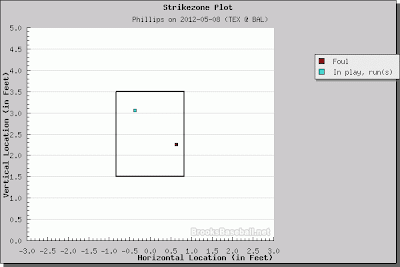 As the host of Baseball Tonight would say: "You don't want to go...there." Notice the pattern here? Every single hit on the outside part of the plate up where Hamilton can get his arms extended and crush it. 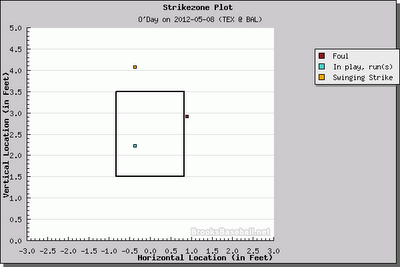 Josh Hamilton's night was historic and you have to give him all the props in the world. He went opposite field once and to straight away center twice. But still, the five at bats showed an inappropriate amount of stupidity on the part of the pitchers involved. Or perhaps for Wieters for the pitches he called. Or perhaps for Buck Showalter to allow his pitchers to pitch to the guy. In any case. It was a serious case of Duh times five.
Posted by William J. Tasker at 9:54 AM

your an idiot for writeng this article !! enough said

Thanks for the comment, Anon. Have a great day.